4. LESSON 7 – THE EFFECT OF CROSSWIND

We can understand the effect the crosswind has on a glider, by imagining a small ferry crossing a river. To cross the river in a straight line, the skipper has to point the bow towards the current; otherwise the ferry will drift down the stream.

The angle between where your gliders nose is pointing (heading) and the direction in which you are moving across the ground (track) is called the drift angle.

STAYING ON TRACK DURING CROSSWIND
To better understand windy conditions, imagine how an entire air mass moves across the ground with your glider in it. It is as if you are flying in a moving block of air.

As a pilot, you will only notice that the air is moving when you look at the ground. You notice, for instance, that you make slow progress against the wind (this is called headwind) and that your indicated airspeed therefor is lower than the groundspeed in a headwind. Conversely, in a tailwind (wind blowing from behind), the ground below will pass faster and your groundspeed will be high. Finally, during crosswind, your glider will move sideways over the ground below (just like the ferry). 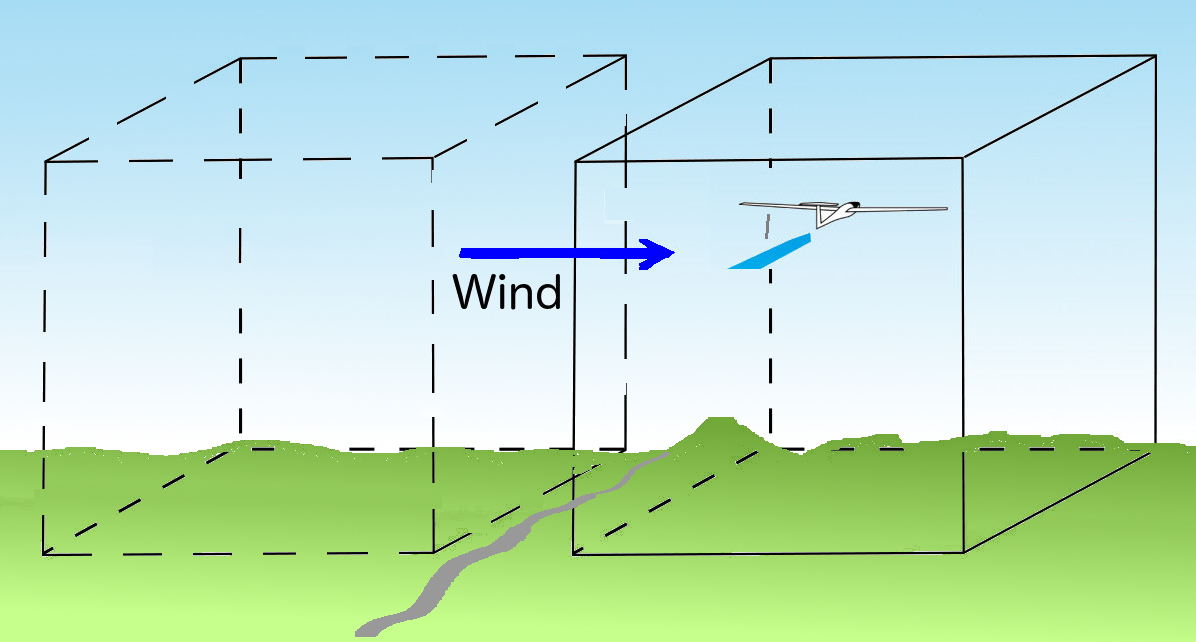 During this lesson we will practice how to fly straight during crosswind. We will do this by flying parallel to a line below, which is perpendicular to the wind (for example a road). You will quickly notice that, without correcting, you will soon drift away from the landmark you picked due to the crosswind. 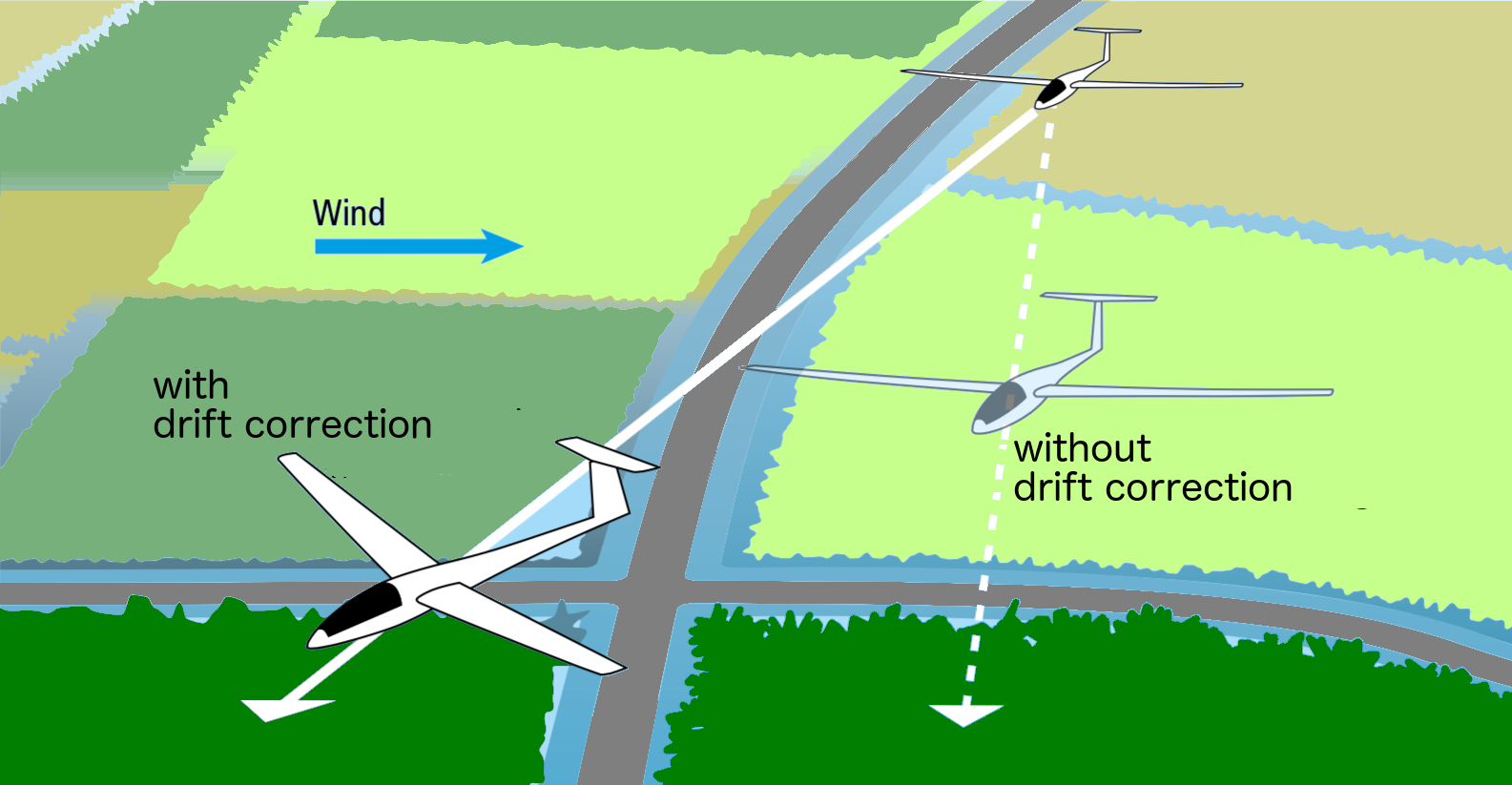 To keep flying parallel to the road or line below, you have to correct for drift. We do this by making a directional correction; we start making a turn in the direction of the wind to change our heading untill we see that we are staying on the right track, compared to the ground below. We are now applying the Drift Correction.

FLYING IN A THERMAL (AIR MOVING VERTICALLY)
It might be helpful, to also imagine flying in a thermal as flying in a block or box of air – only this time the air isn’t moving sideways, but up. You have learned that a glider is constantly sinking. So even in a thermal, you will be sinking compared to the rising air around you. However, if the surrounding air rises faster than your glider sinks, you will still climb. Of course, your vertical speed indicator will confirm that you are climbing and your altitude will increase.

The opposite is true for flying in an air mass that is sinking. The sink rate of the air mass now comes on top of the normal sink rate of the glider, and the vertical speed indicator shows a stronger sink than normal. It is best to fly faster in a sinking air mass ; that way, you can leave it as soon as possible.

You first fly at a normal sink rate (1). When approaching a thermal, your sink rate will increase, because you will have to fly through colder sinking air to reach the thermal. As soon as you reach the warmer, rising air mass, your glider will gradually start to climb. In the “core” of the thermal you will find the strongest climb. By making circles here, you are able to gain height.

When you leave the thermal, you will have to cross the sinking air mass once more, which will result in an increased sink before you can continue at a normal sink rate again.

If you don’t wish to make any circles in a thermal, you will still climb a little, but only while flying through the warmer rising air mass in a straight line (2).