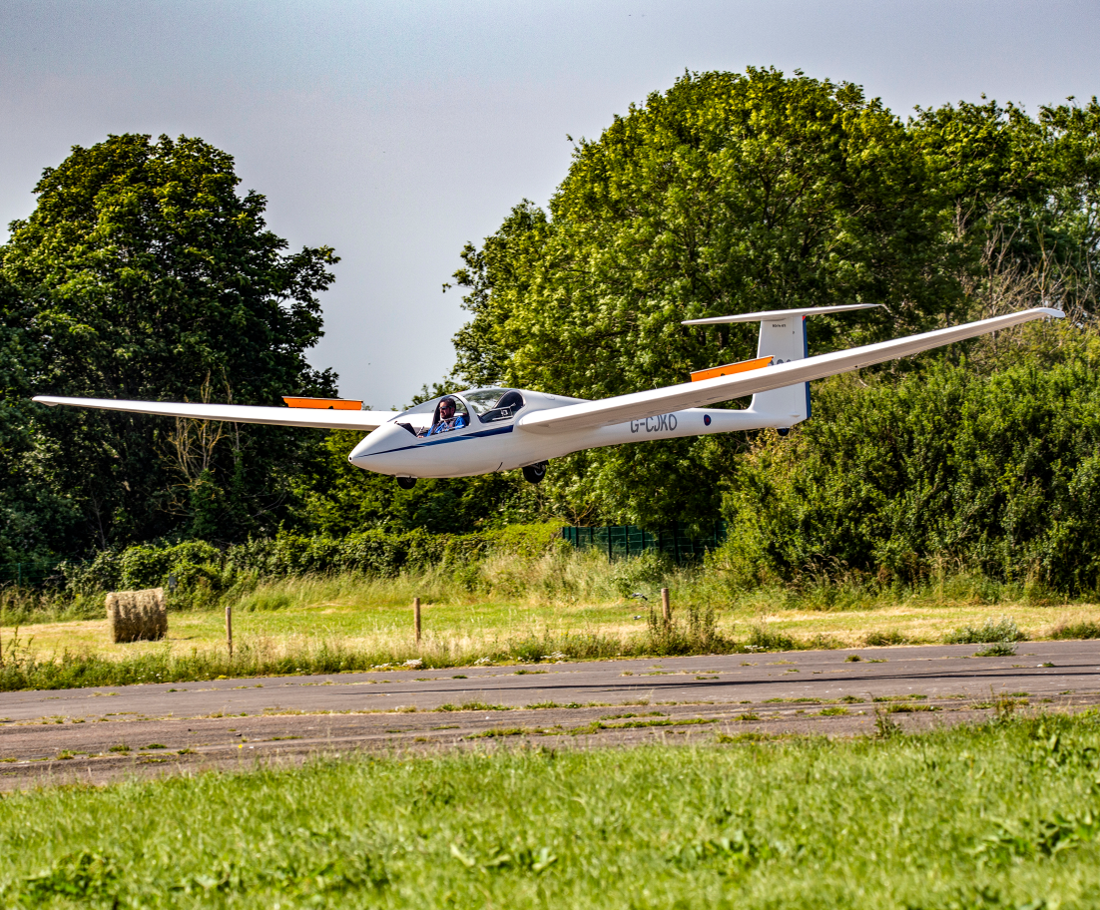 Learning how to land a glider smoothly will probably be one of the hardest parts of your flight training. Landing requires you to do many things at the same time, within a small period of time. It’s a bit like juggling balls. Every time you think you master the trick, another ball is added. Remember that, above anything else, the airspeed is essential for a good landing. If you fly too slow, you no longer have a glider but a plummeter. But if you fly to fast, you might land hard and bounce up again. Like we said in Lesson 11, unfortunately, you can practice only one circuit and one landing each flight. Don’t lose heart, after sufficient practice the penny will suddenly drop.

FINAL APPROACH (1)
On final approach, you fly towards your reference point at the approach airspeed. If needed, you correct for the wind speed. You control the glide path with the airbrakes. It is best to aim slightly in front of your planned touchdown point. If your position ends up being too high, you will see the reference point very low or even moving down in your canopy. In that case, apply some extra airbrakes to steepen the approach. The airspeed must remain constant. You control the glide path by using the airbrakes, not by using the stick. While extending the airbrakes, you need to lower your pitch attitude slightly (lower the nose) to keep the glider at a constant approach speed. We recommend you to land with half to two thirds of the airbrakes extended. If possible, do not change the position of the airbrakes during the last phase of the landing and just before touchdown. 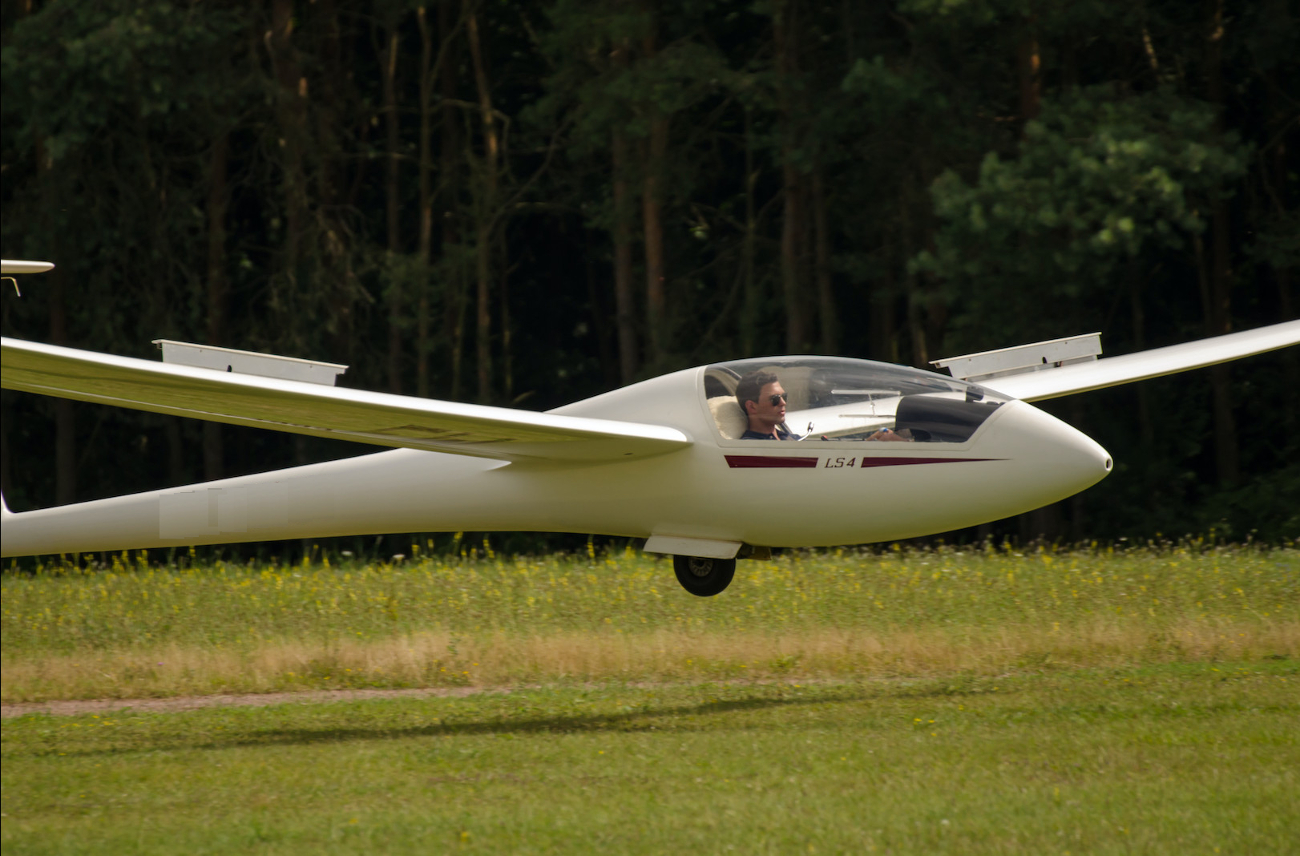 THE ROUND-OUT (2)
As you approach the ground, you gradually flatten the trajectory in order to ultimately float above the ground at a low height. This manoeuvre is called “the round-out”. If necessary: align the glider’s nose in the desired direction for landing. From now on, you no longer look at the airspeed indicator, but control the landing purely by focussing on the end of the runway and the horizon. This is the best way to judge your height above the ground. Try to keep the glider flying at the lowest possible height above the ground. You are now flying parallel to the ground.

HOLD OFF TOUCHDOWN (3)
Keep the glider flying at the lowest possible height for as long as possible without changing the amount of airbrakes. Due to the normal drag and the additional drag caused by the airbrakes, the airspeed will decreases continuously. You will need to increase the angle of attack to compensate for the decrease in airspeed and lift. You do this by gradually pulling the stick.backwards (towards you). At the end, you will have pulled the stick all the way back. At the point where there is insufficient airspeed to keep flying, the glider will gently touch down at minimum airspeed. You have landed!

THE GROUND RUN (4)
As soon as the glider has touched the ground, you fully extend the airbrakes. You keep the control stick pulled towards you completely. Keep the wings level using large aileron inputs until the glider comes to a standstill. The airbrakes are often coupled to the wheel brake; go gently on the airbrakes lever. If you pull the lever too hard, you might lock the wheel. If there is a separate wheel brake, then that one should be used with care too. Gliders that do not have a nose-wheel may be damaged when tipping on their nose during a hard landing. Release the wheel brake if the glider starts to swing or drift on the ground. (Braking as hard as possible is advised in an emergency situation only.) Use the rudder pedals to control where you are going. Just as during the first phase of take off, the flight controls become less effective at a low speed and your control input therefore need to be larger.