4. LESSON 2 - USE OF THE FLIGHT CONTROLS

This section helps you understand some technical key points and a bit of jargon. In the section Basic Aerodynamics we gave an explanation of lift and drag, but stability is important too.
The pilot’s control column and rudder pedals are connected to control surfaces at the tail and on the wings. These enable control around three lines or axes, all at right angles to each other: lateral, longitudinal and vertical. It is important to understand that these axes are fixed in relation to the aircraft, not the horizon. We will discuss all three movements below and your instructor will demonstrate them during the flight.

ELEVATOR > PITCH
The elevator is located on the glider’s tail and it is connected to the horizontal stabiliser. If we push the control stick forward in the cockpit, the tail will go up, the nose will move down, and the airspeed will increase. Pulling the stick back will make the nose go up and decrease the airspeed (up to a point). This up- and downward movement of the nose is called pitching. If you imagine a line going more or less from one wing tip to the other (the lateral axis), then moving the tail up and the nose down is a rotation around the lateral axis. (The official definition is an axis perpendicular to the symmetry plane, directly through the centre of gravity.) 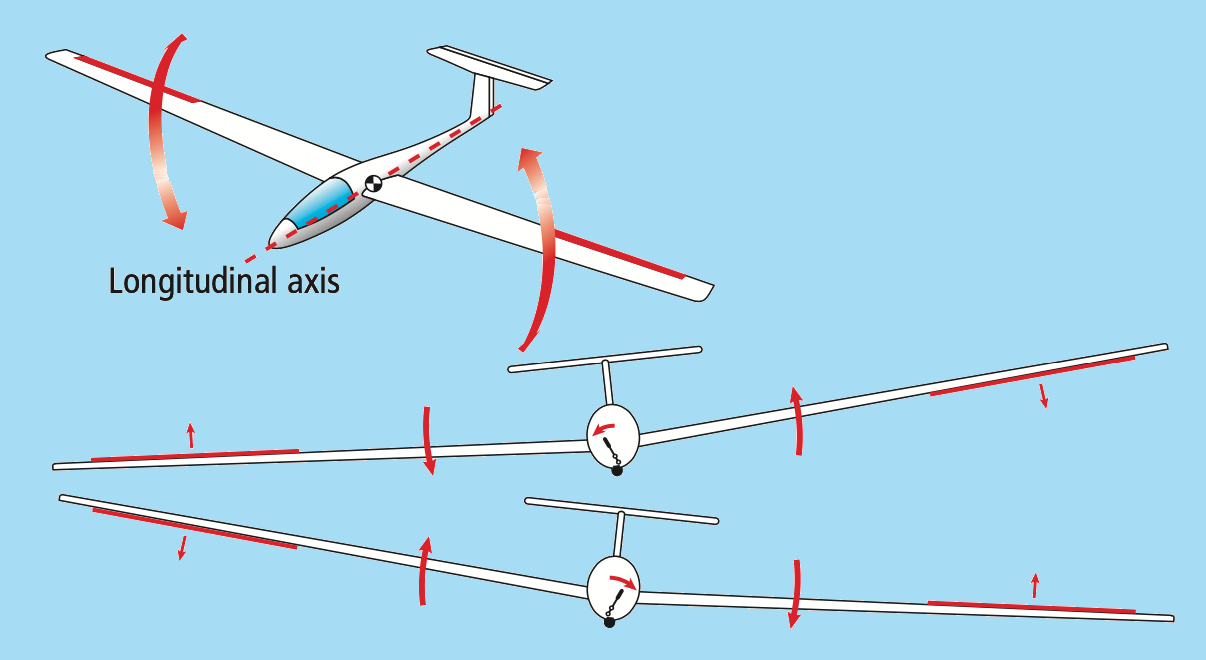 If we move the control stick to the right, the right aileron moves up and the left aileron moves down. As a result, lift reduces on the right wing and increases on the left wing, making the glider roll to the right. Imagine a line running from the nose towards the tail, through the centre of gravity. This is called the longitudinal axis. The ailerons enable you to rotate the plane along the longitudinal axis. We call these rotary movements rolling, or banking, the glider. 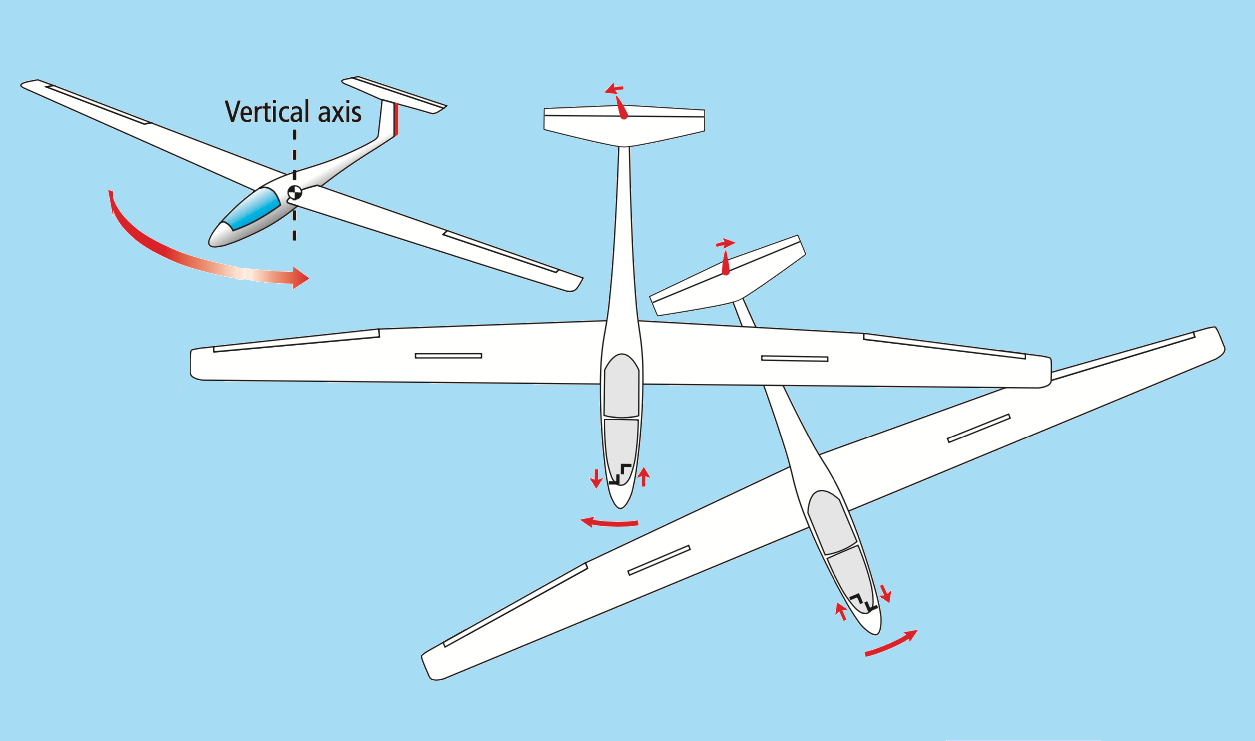 DO NOT SQUEEZE THE STICK

Get used to holding the stick lightly between your thumb and fingers. This makes your input much more relaxed and enables you to notice more clearly what the aircraft is doing. You may find it helps to place your right forearm on your leg and just use your wrist to control the glider. Only during take-off and landing is it sensible to hold the stick a little more firmly – the ground surface is usually a bit bumpy. However, there is still no need to squeeze the stick too tightly.

WHO CONTROLS THE GLIDER?

In the previous chapter we described the transfer of control. They are so important that we encourage you to learn them by heart and repeat them often. This routine will be used throughout your training to know who controls the glider. It contributes to clarity and safety.

THE GLIDER FLIES BY ITSELF

A glider is designed to fly by itself. With the trim correctly set (will be discussed in Lesson 4.4), if you would let go of all flight controls during flight, it would just keep flying without doing anything unexpected.
If disturbed, perhaps by turbulence, it will eventually come back to its previous condition without you intervening. Really, you only need the control stick to restore balance after major disturbances or to steer the glider in the direction you want it to go. After a while you will become confident that it will respond to your commands and, without any command, will continue in stable flight. In Lesson 4.4, you will learn the vital skill of trimming.