This unwanted manoeuvre is called a "slingshot" and it places the towplane in a very dangerous position, especially if it happens close to the ground. Don’t underestimate the risk of it happening, just two to three seconds of not paying attention can lead to a slingshot. In other words: keep a constant eye on the towplane and if you suddenly can’t see it anymore (because you’ve climbed too high): release immediately!

In Lesson 16, we also described how you can correct for a possible slack in the towrope, namely by using some sideslip to tighten it again or (if this doesn’t work sufficiently) by carefully using the airbrakes, which increases the drag. In that case you close the airbrakes just before the rope is tight. The exercise you will be doing in this lesson requires coordination between your instructor and the tug pilot. It should only be carried out at a safe height above the ground. The instructor will release as soon as the exercise leads to a potentially dangerous situation for the glider and/or the towplane. 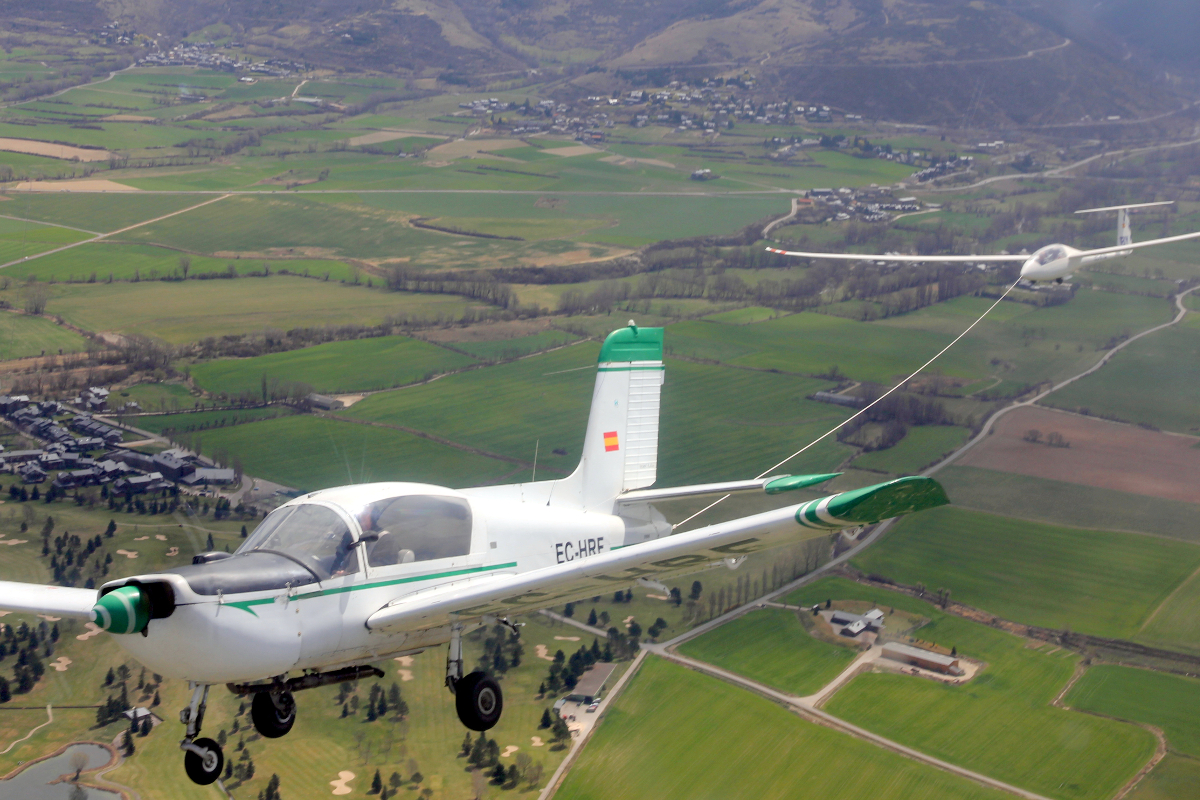 Now carefully move at least one wingspan sideways (left or right). Keep in mind that if you move too far sideways, you will start overtaking the towplane. Maintain the same sideways position and slowly climb back to the normal tow position. There shouldn't be a buffet if you're far enough away. As you slowly climb back to the normal vertical position, you may need some offset ailerons and rudder because the towrope will pull you back to the center. After a pause and while keeping the towplane on the horizon, now let the glider be pulled back into line with its wings level by the towrope. Complete the box in the opposite direction if there is time left.