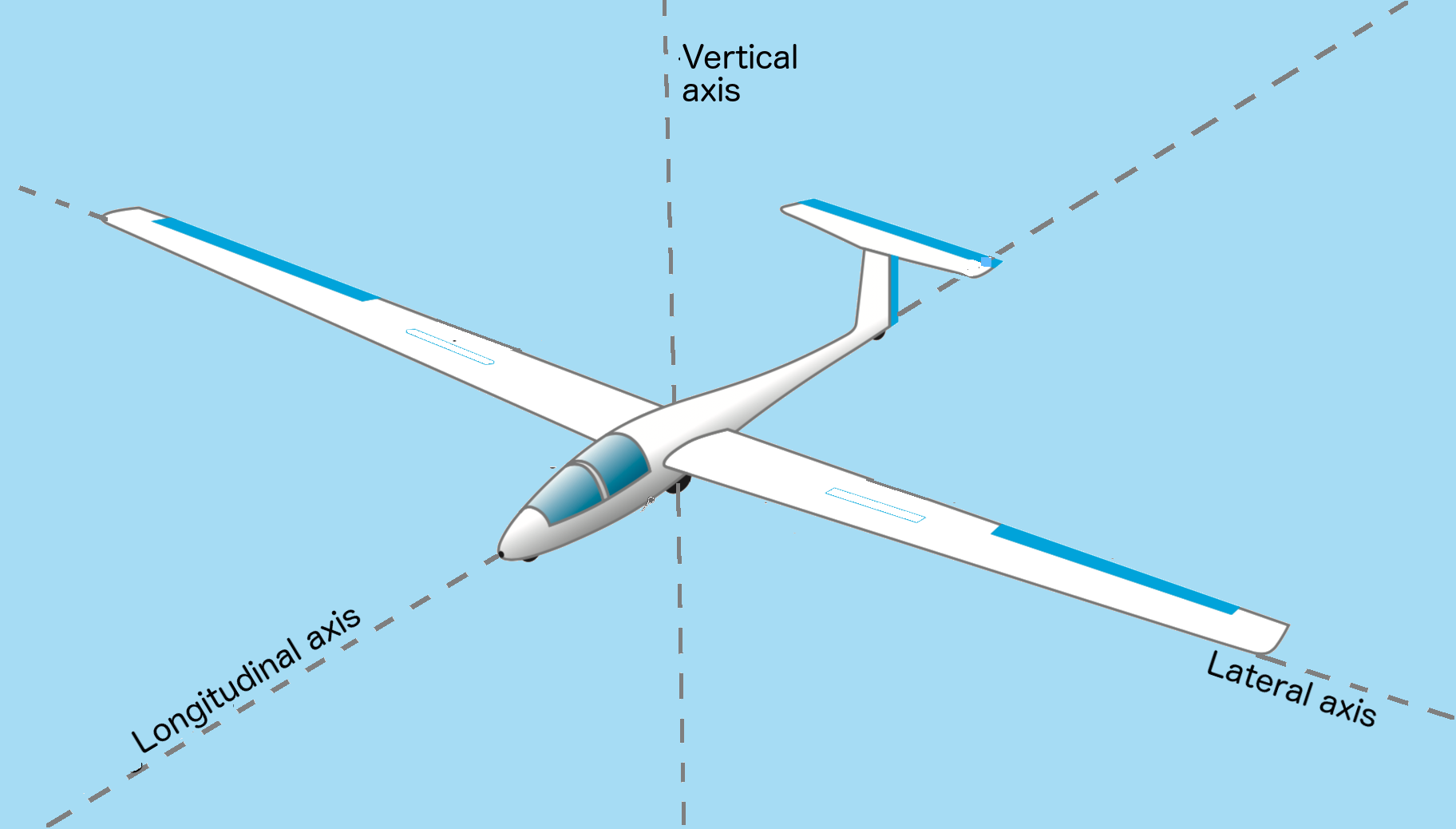 Key points of attention:
SECONDARY CONTROL EFFECT 1: YAW CAUSES ROLL
When we push the left rudder pedal, the nose of the glider will yaw to the left. You will see the nose moving to the left. But what else will happen?

In this lesson, we will demonstrate adverse yaw. First we will fly straight with wings level towards a specific landmark on the horizon and then we will move the stick to the left. The glider will roll to the left and at the same time the nose will yaw to the right ............ 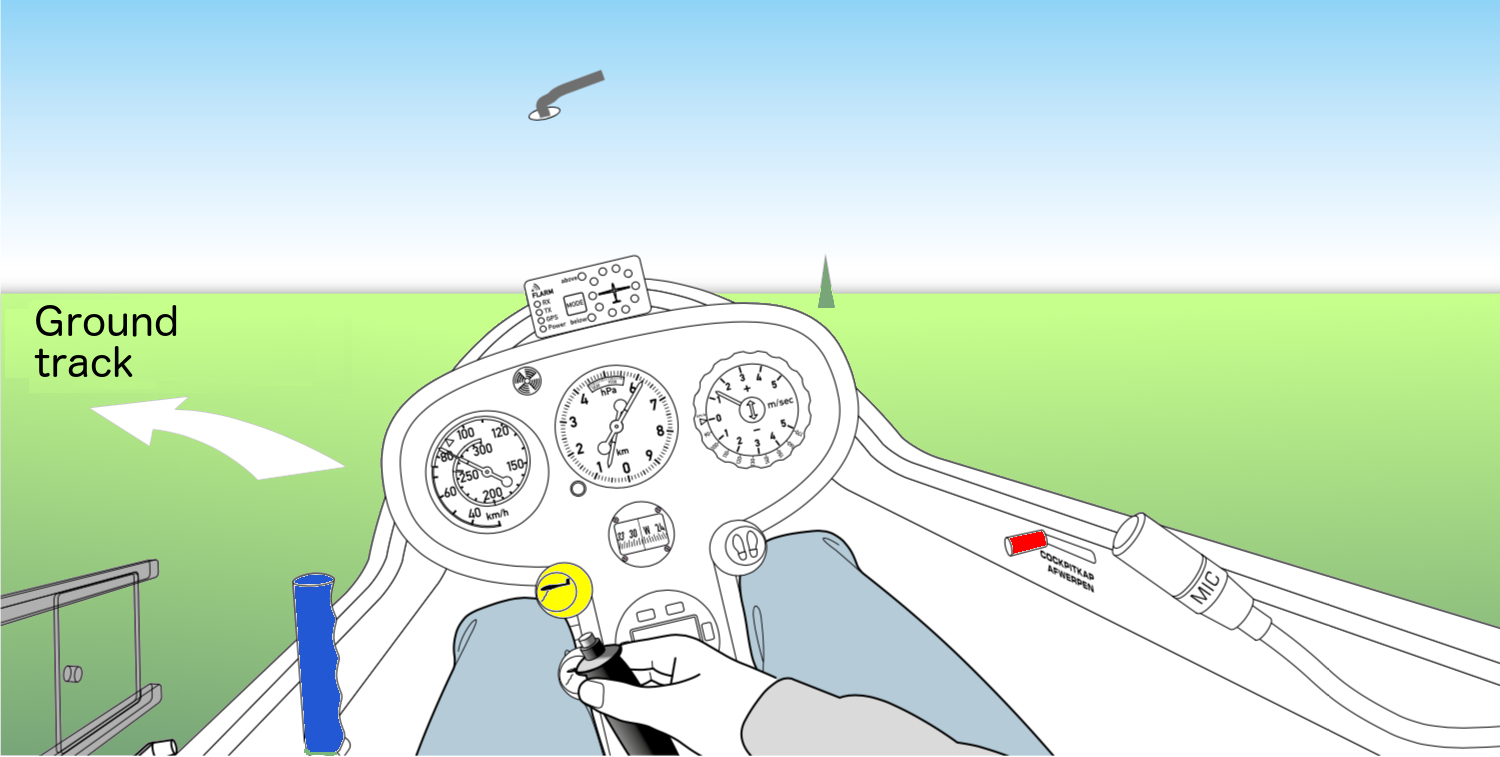 Every time we initiate a turn, we correct for adverse yaw by using some simultaneous rudder in the direction of the turn when we are moving the stick.

SECONDARY CONTROL EFFECT 3: BANK CAUSES YAWCOORDINATED FLIGHT
When we use the rudder pedals or the ailerons there is always a secondary control effect. To counter these side effects, we always use the rudder pedals and the stick at the same time. Every input of the rudder needs a simultaneous input of the ailerons and every input of the ailerons needs a rudder input. Both inputs need to be done in the same direction and in the right proportion to each other. If both control inputs are balanced, the fuselage stays straight into the airflow and the yaw string (the piece of string taped to the glider’s canopy ) will point straight at you. We call this balanced state a “coordinated flight”.