During a crosswind landing you have to apply a drift correction to prevent the wind drifting you off course and to make sure that your ground track matches the desired direction of landing. You do this by pointing the glider’s nose slighty into the wind while maintaining coordinated flight (1). 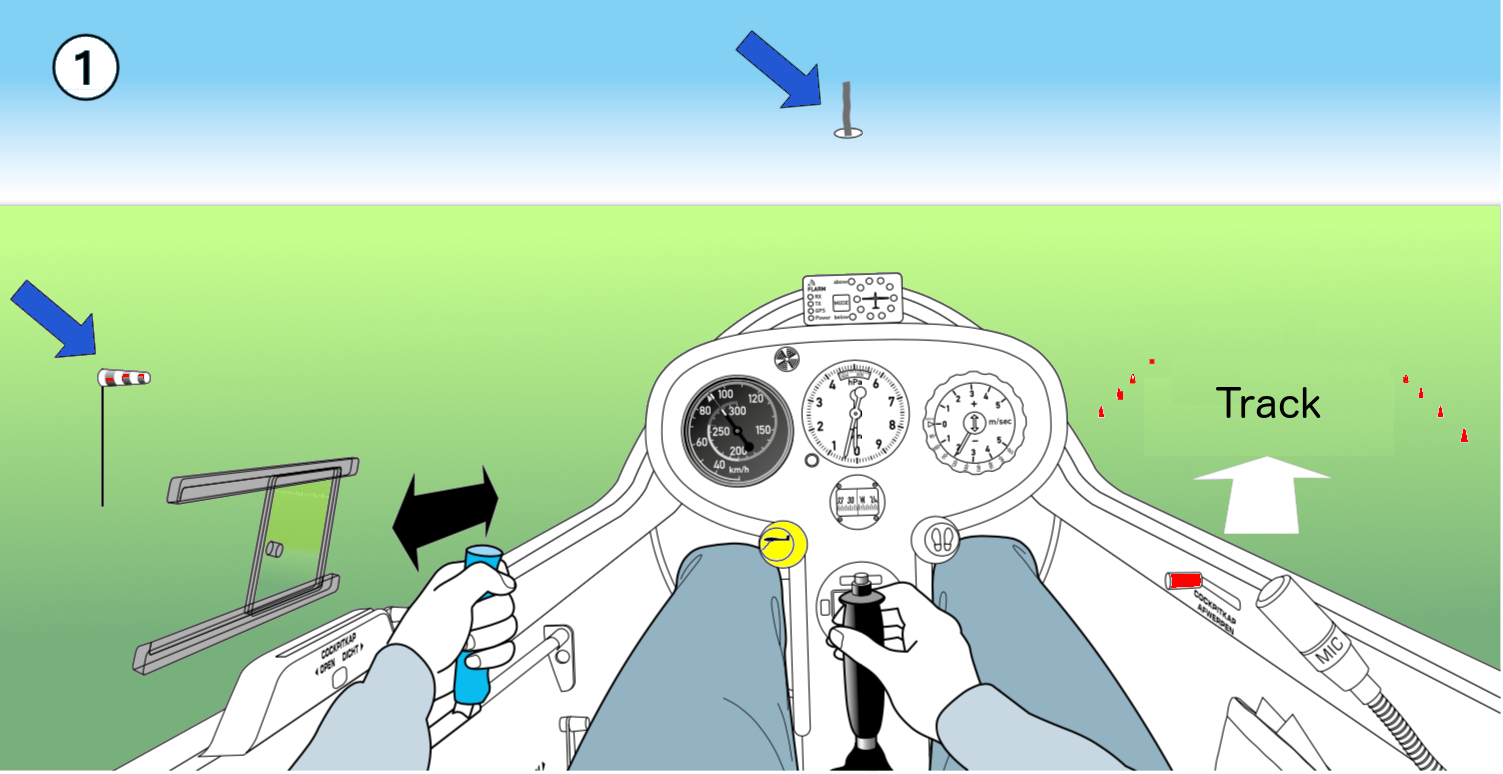 Landing in a crosswind seen from above

Shortly before/or during round-out you align the glider’s nose-tail-line (the longitudinal axis) with the rudder pedals in the direction of landing. If you do this too late, the glider will touchdown sideways. Not only is touching sideways uncomfortable for the occupants, in the worst case the strong lateral forces may also damage the glider’s undercarriage.

While applying the rudder to align the longitudinal axis with the direction of landing; also apply some opposite aileron (control stick in opposite direction) for the secondary control effect of the yaw caused by using the rudder (roll).

A second crosswind landing technique is landing in a “sideslip” (2) (See Lesson 22). 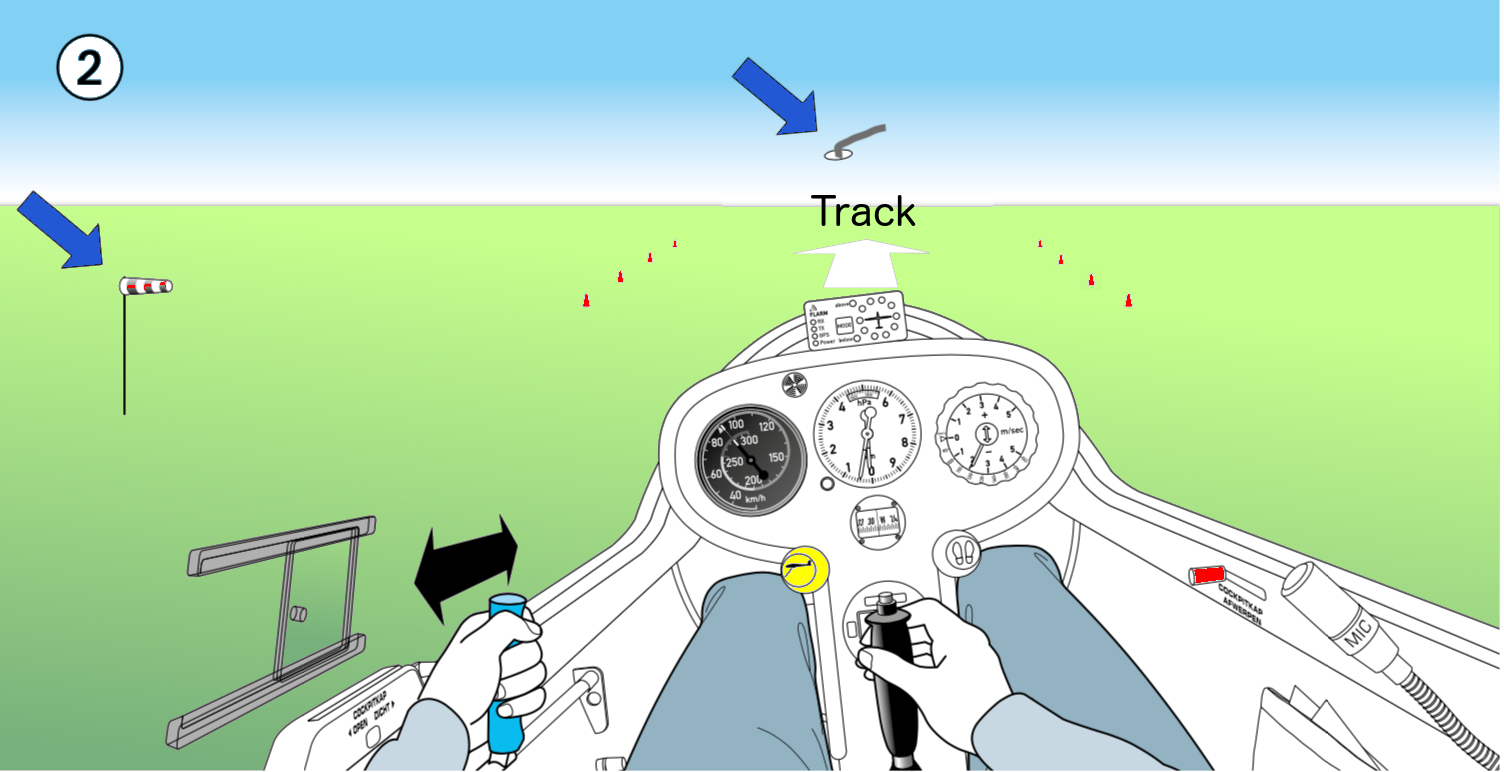 To avoid being drifted off by the crosswind, you keep the wingtip that is facing the wind a little bit lower. The longitudinal axis of the glider is aligned with and kept in the direction of landing by applying some opposite rudder. When using this method you do not need to align the longitudinal axis just before touchdown (because you have already done this). This technique results in a final approach being flown slightly uncoordinated, therefore the yaw string will not be straight. Side-slipping the glider causes some additional drag. 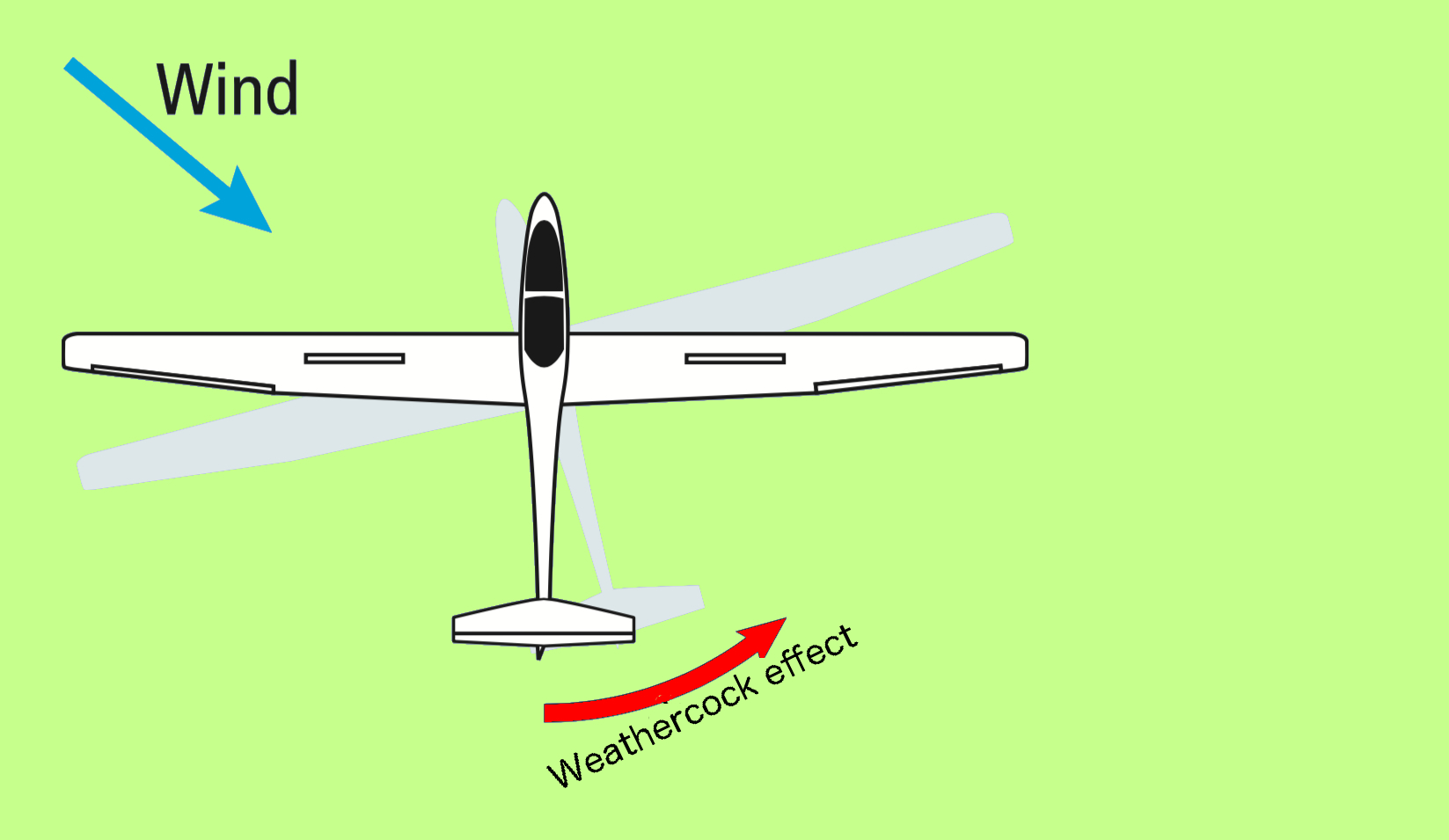 WEATHERCOCK EFFECT DURING THE GROUND RUN
After touchdown, keep the wing on the windward side slightly lower and use the rudder to compensate for the weathervane effect.